Evolution serves as inspiration for a subset of AI programs known as evolutionary algorithms (EA), which, like their biological counterpart, have the potential to continually generate new entities. A research project to develop novel EAs, with an experimental application for in-game content generation, has resulted in an open-source AI Spaceship Generator, due for release on October 27.

Led by Dr. Kai Arulkumaran of Araya and supported by the GoodAI Grants Program, the project was initiated in late 2021 to pursue research in the fields of evolutionary computation and computational creativity, with the goal of making an application for human-machine collaborative design. Since its inception, the researchers have developed algorithms [1,2,3] for procedural content generation (PCG) and implemented a visual interface for use by game developers and players without requiring additional coding. 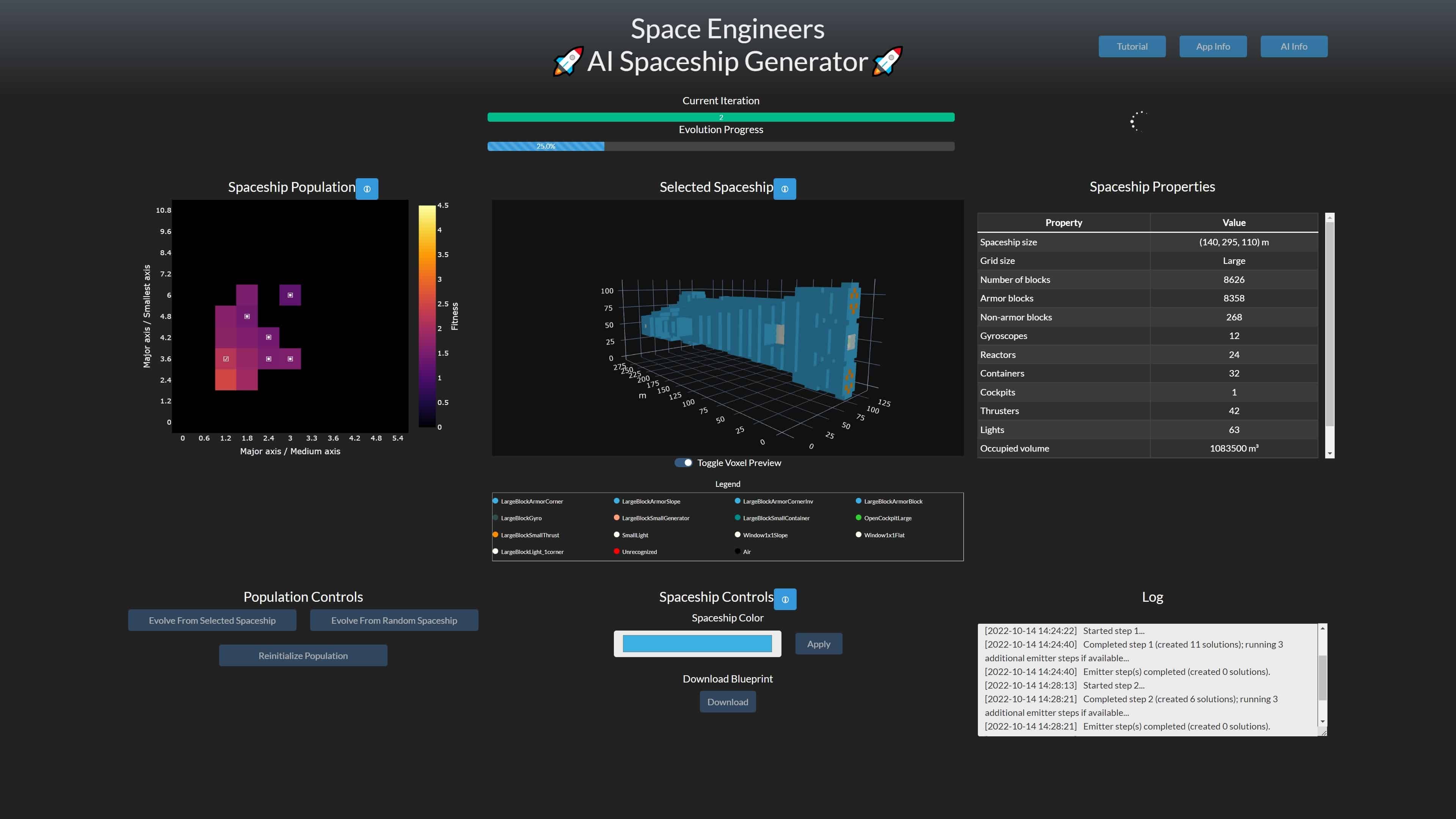 Utilizing the sandbox game Space Engineers for its testbed, a challenging task for the PCG algorithm is to satisfy gameplay constraints. While many video games rely on PCG in order to (semi-) automatically generate diverse visual and audio content, assets such as spaceships require the generated content to be functional as well as aesthetically-pleasing.

The open-source Spaceship Generator combines PCG techniques and evolutionary computation to enable new vessels to continually “evolve” from an initial population. At each interval, an EA produces an assortment of options for modification by users. A working blueprint can then be imported into Space Engineers for in-game piloting.

Working alongside Arulkumaran are Araya researcher Roberto Gallotta, the primary developer of the application, and Barnard College teaching and research fellow Dr. Lisa Soros, an experienced EA researcher. User interactions with the generator will form the basis of a new experimental study that further investigates the dynamics of human-AI collaboration.

Access to the application, including instructions and the source code can be found here.

A live stream will take place on Thursday Oct. 27, 19:00 CEST, on the Space Engineers’ Youtube channel, where researchers will discuss and answer questions from the audience.

The AI Spaceship Generator falls under the scope of GoodAI’s broader research goals, which applies AI knowledge and expertise towards the innovation of video game use cases. This project is funded by the ongoing GoodAI Grants initiative, which has awarded over $850,000 to date. The initiative supports research groups around the world that are solving problems related to GoodAI’s Badger architecture. The vision is that each research grant, along with the work of the GoodAI research team, will contribute to basic AI research, and together fill in some of the gaps in the roadmap to advanced, increasingly general and human-like AI.

If you are interested in Badger Architecture and the work GoodAI does and would like to collaborate, check out our Grants program or our Jobs page for open positions!