Last night GoodAI attended the AI Awards where CEO and CTO, Marek Rosa, won the Person of the Year Award. GoodAI also reached the finals in two other categories, reflecting the excellent year we had in 2018.

Person of the Year

Marek Rosa was awarded the Person of the Year for continuing to push the boundaries of AI and promote the Czech Republic as a major AI player. Not only does he lead the research and development towards general AI, but his interest in policy and governance has led to GoodAI having a global voice in the EU and the UN and becoming the only Czech organization contributing to the IEEE Global Initiative on Ethics of Autonomous and Intelligent Systems, shaping the future of safe AI.

Under Marek’s guidance, GoodAI Applied has also flourished. In 2018 it gained significant profits, doubled its staff numbers, and completed over 30 projects for clients. Now they are focussing on Project Moonshot, a cutting-edge image recognition system which is using people analytics to improve patient care in hospitals as well as improve the efficiency and use of buildings in real time. 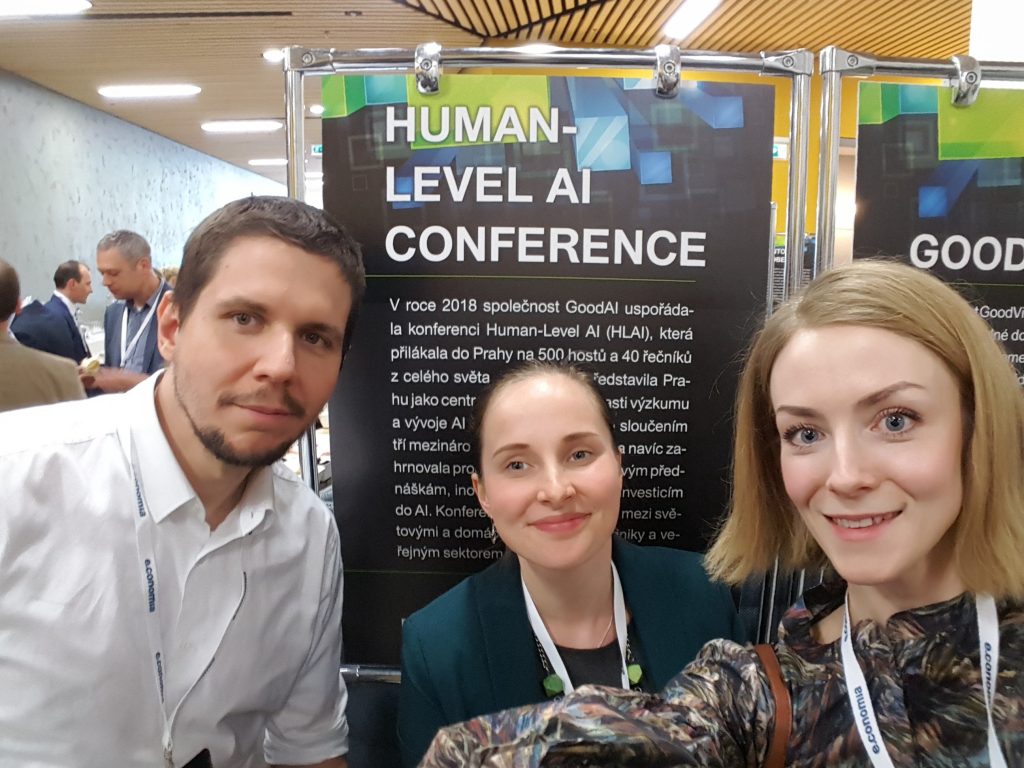 Special Award for Visibility in the AI World Community

Olga Afanasjeva, GoodAI COO, was a finalist for the Special Award for Visibility of the Czech Republic in the AI World Community. She was nominated for her work on the Solving the AI Race round of the General AI Challenge, which focussed on mitigating the negative impacts of a race to general AI, as well as for leading the organisation of the Human-Level AI Conference in Prague which attracted over 500 visitors and over 40 speakers from around the world.

Event of the Year

The Human-Level AI Conference was also nominated in its own right for Event of the Year, the conference was an amalgamation of three international AI conferences, AGI, NeSy, and BICA, and also featured a special Future of AI Track which featured sections on innovation, safety, and investment in AI. We narrowly missed out on the prize to ML Prague, where our Applied team also gave a workshop on the practical applications of AI in the business world.